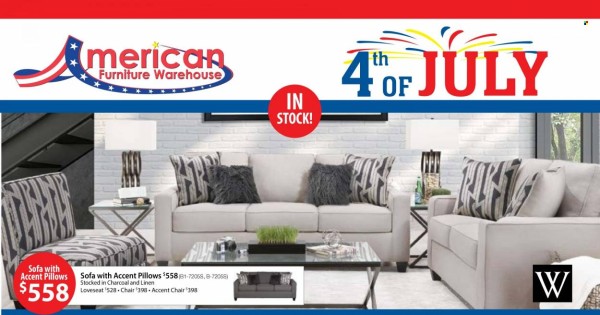 American Furniture Warehouse (AFW) has been bringing you the best prices and widest selection of furniture and home decor since 1975! Whether you're looking for traditional, contemporary, or modern designs, shop online or stop by in-store for affordable furniture that fits your lifestyle.

You will find American Furniture Warehouse in these categories: